How to Make a Cortado: Discover This Great Coffee Beverage!

One of my favorite past times is trying out different coffee-based beverages, working my way through different variations, flavors, and ingredient ratios.

Besides exploring different flavors, you learn so much more about how different ingredients work together, and you never get confused at the coffee shop!

If you are experimenting with various espresso drinks, you might have come across the cortado. Confused about what this drink is all about? This article will look at cortados and how it is different from beverages like cappuccinos and lattes.

You will also learn how to make a cortado at home with an easy cortado recipe. If you want to learn all about the cortado espresso drink, you’ve come to the right place!

What is a Cortado?

The cortado coffee drink is a small beverage, generally served in metallic or glass cups. This beverage is made by combining espresso and steamed milk in a 1:1 ratio. Sounds super simple right? It is a no-fuss drink that is much simpler than lattes and cappuccinos.

Unlike many other drinks we’re used to, cortados don’t have much foam, and baristas don’t make foam art with this drink. Instead, the drink uses creamy steamed milk to cut through the espresso, making a well-balanced beverage that is light and almost airy.

In this vein, the term ‘cortado’ comes from the Spanish word ‘to cut’. It was first made in Spain and spread across the country quickly as it grew in popularity. Like other Spanish drinks, it has nearly almost no foam, instead, the texture of the drink itself is light and well-blended.

The particular ratio of the cortado is meant to reduce its overall acidity. The fact that it is served in small cups means that you can’t customize the size in cafes or coffee shops. They are generally made with 2 shots of espresso and 2 ounces of milk.

Unlike the frothy and heavy milk found in cappuccinos, the steamed milk in cortados is thinner and lighter and is closer to that used in lattes. The cortado is also called a Gibraltar in some places.

How to Make a Cortado

Want to know how to make a cortado at home? This section will show you two easy cortado recipes: one hot and one iced. As long as you have a few simple ingredients and tools, this drink is super easy to make!

The classic cortado is a simple and straightforward drink, with no frills or hard-to-find additions in the recipe.

That’s it! You can add the sweetener you want, as well as any syrups or sauces for flavoring when serving. A popular variant of this drink is made by replacing the dairy with condensed milk, which makes for a thicker, sweeter, and more indulgent beverage.

Want to beat the heat on a sweltering day? This chilly version of the Spanish cortado is the perfect drink for the summer.

Pro-Tip: Try a shaken iced cortado instead of the regular one! Add the coffee and ice to a cocktail shaker and give it a few good shakes.

The shaking ‘expands’ the coffee and makes it creamier and gives it more body. It also has more foam on top when poured into a glass.

If you own a Nespresso device, you can use it to make an easy cup of cortado at home. This is a good option if you want a quick drink without any extra equipment. Here is how to make a cortado Nespresso:

Cortados are often confused with lattes, as the texture of the milk in both drinks is similar. They also contain the same amount (2 shots) of espresso.

The difference? Lattes contain much more milk, which dilutes the drink. As a result, it is much less potent when compared to cortados.

Also, lattes include lots of silky milk foam, as well as latte art. Cortados are much simpler and have very little foam.

Cortados always have 2 shots or 2 ounces of espresso, whereas cappuccinos have 1-2 shots. Furthermore, while cortados have 2 ounces of milk, cappuccinos will have 4-5 ounces of milk. The milk is more textured and lighter than that of a cortado as it is steamed for much longer.

A cappuccino also has a thick and luxurious amount of micro-foam on top. In contrast, cortados have a very thin layer of foam that isn’t very textured.

Macchiatos and cortados have the same amount of espresso, so the only difference lies in the milk. While cortados contain 2 ounces of lightly steamed milk, macchiatos contain 1 ounce of milk that is heavily frothed.

This makes macchiatos smaller in volume than cortados. Because they are more concentrated, you will also get more of a caffeine kick from a macchiato. In comparison, cortados are slightly larger and a little less potent.

Flat whites are also similar to cortados and contain the same amount of espresso. However, like lattes, flat whites contain more milk which makes it more diluted. The milk is also frothed until it’s very silky and textured, so flat whites have a creamier mouthfeel than cortados.

Flat whites are also much thicker and larger than cortados. They are also more elaborate when compared to cortados because flat whites have more foam on top, with often extensive and fancy foam or latte art.

Best Desserts to Pair Up with a Cortado

While cortados make a killer drink for your morning coffee, or as an afternoon pick-me-up, it is also great with desserts. Serving this beverage with a number of desserts will cement your reputation as the perfect host among your friends:

Cheesecake: We love any excuse to stuff cheesecake into our faces, but this decadent dessert pairs well with this simple coffee. The tanginess is counteracted by the low acidity of the cortado and the creaminess of the cheesecake is matched by the velvety texture of the coffee.

Tres Leches Cake: This dessert isn’t too sweet but it is extremely rich-soaked in a combination of 3 different kinds of milk and frosted with whipped cream. It’s no surprise that it complements the creamy, yet strong nature of the cortado.

Coffee Cake: The classic coffee cake with a cinnamon filling and crunchy streusel topping will taste great with any kind of coffee drink, and the cortado is no exception.

Biscotti: A combination of biscotti and cortado is a fun spin on the traditional Italian breakfast of this cookie and a cappuccino. Almond biscotti is an especially great partner when paired with cortado made with non-dairy milk.

Tiramisu: If you can’t get enough of the delectable coffee flavor in your food and drinks, pairing tiramisu with a strong cortado will give you your caffeine fix. As with cheesecakes, the creamy, tangy, and rich mascarpone in the tiramisu is balanced by the strong, smooth cortado.

Have more questions? Head over to the next portion where you will find answers to questions people often have about cortados.

Starbuck doesn’t have an official cortado, but you can still get one by asking for two shots of espresso with 2 ounces of silky steamed milk on top.

02. Are Cortados and Flat Whites the Same Drink?

Although cortados and flat white are similar, a flat white is different because it contains more milk and is topped with lots of micro-foam.

03. Are Cortados Stronger Than Flat Whites?

Because cortados contain less milk, they are more concentrated and stronger than flat whites.

Cortados are strong, but rather balanced. It is less acidic and the milk added is enough to just cut through the espresso without diluting it. As a result, they have a strong espresso flavor and a creamy and light mouthfeel.

05. Can I Make a Cortado with Almond Milk?

Yes, cortados can be made with plant-based milk like almond, coconut, and soy.

06. How Many Shots are There in a Cortado?

A cortado contains 2 shots of espresso.

As you can see cortados might just be the easiest coffee drink as there isn’t any guesswork of complex ratios involved. Simply combining equal parts of espresso and steamed milk will give you a perfectly balanced and smooth drink.

Once you know how to make a cortado, you easily customize the drink to your preferences. You can even experiment with things like cream, half-and-half, and even evaporated milk!

Moreover, the combinations of syrups and flavoring that you can play around with. You’ll be sure to love this drink as much as your favorite latte! 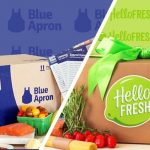 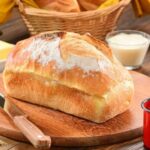 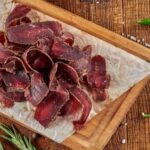 How Long Does Beef Jerky Last? Unearthing All the Jerky Secrets 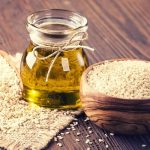 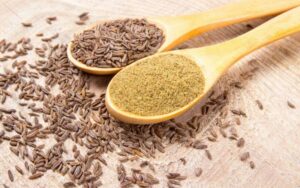 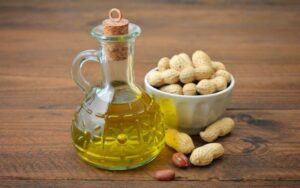 10 Best Oils You Can Use as Peanut Oil Substitutes 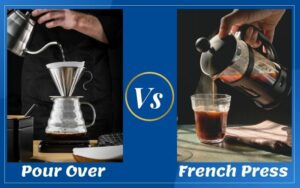 Pour Over vs French Press: Which One’s Your Favorite?