Iced Coffee vs Cold Brew – What Are The 3 Big Differences?

Most people probably think of a steaming hot mug when they think of coffee. But regular hot coffee is becoming less popular, especially in the hot summer months, thanks to two other ways to enjoy a brew: cold brew and iced coffee. In this article, we explore the differences between iced coffee and cold brew, including how each is made.

There are several differences between iced coffee and cold brew coffee, but the most prominent are the taste, strength, brewing process, the mixture of ingredients, and aroma that welcomes you and wakes up your taste buds.

How to Make Iced Coffee

Iced coffee uses regular ground coffee brewed in hot water, so the strong acidic notes in the coffee when you first brew it are still there when you cool it. After brewing, the drip coffee is cooled, diluted with water, and served chilled with ice. To enhance the coffee taste further, add sugar or cream.

Iced coffee is easy to make and is the go-to option for people who prefer timeless and strong coffee. Regular iced coffee has a bold flavor due to its bitterness because it uses hot water to draw out the flavors and caffeine from the coffee beans, embracing a brighter, more powerful taste.

How to Make Cold Brew Coffee

Cold brew coffee has a more complicated and time-consuming brewing process. The coffee grounds are soaked in cold water for at least 12 to 24 hours. It does not extract the flavor, oil, or acidity from the coffee beans. After steeping the coffee, it goes into the refrigerator to properly chill. Most people prefer cold brew coffee because of its taste.

This coffee has a more standard flavor profile because people like its smoothness, sweetness, thick and creamy texture, and lack of bitterness that comes from the brewing process. Since the coffee beans are never warmed, the more acidic flavors are not extracted, offering a smooth and rich taste.

When it comes to cold brew vs iced coffee, the significant difference is the brewing process. The hot water poured over the coffee has normal strength, but it diminishes when it hits the ice, becoming watery and moderately bitter.

Traditional iced coffee is much cheaper at local coffee shops due to its simple and easy brewing process. In addition, the process of making this coffee is fast. In contrast, cold brew coffee is twice the price of iced coffee due to the amount of beans used, the caffeine content, and the long brewing process.

Cold brew coffee is a concentrated drink that has recently gained popularity among coffee drinkers. It is the ideal pick-me-up beverage all year-round, but especially in warm summer months.

A unique cold brew coffee that keeps popping up is Nitro coffee. Nitro cold brew coffee is infused with nitrogen gas to give a delightful texture and taste. It’s been lauded as exceptional by coffee enthusiasts and is an enjoyable alternative.

Now, let’s answer the age-old question, which one is better? Both coffees offer you the uniqueness and delicious taste you need, despite their differences.

Most people in the US prefer cold brews to regular iced coffee. Cold brew is the better option for them because it is 65 to 67% less acidic and is excellent for those with gastric issues. Thus, it enhances your rate of metabolism by 11%, which feels better for the digestive system.

In addition, it was found that, along with the significant health benefits, the coffee tastes sweeter and is thicker in texture. In addition, it has a slow brewing method and a consistent room temperature.

Why Some People Prefer Iced Coffee

On the contrary, people prefer iced coffee because it has a strong taste and wine-like acidity when chilled. Plus, it is a lot easier to make compared to the extended brewing process of cold brew.

However, some coffee shops have found a new technique for brewing this type of coffee. By brewing hot coffee and then pouring it directly into the ice, you conserve all the natural aromas of the coffee, and it retains much more flavor, much to the joy of coffee lovers everywhere. Alternatively, you can make coffee ice cubes to help your iced coffee keep its flavor. With coffee ice cubes, your drink won’t be watered down as the ice melts, so it stays just as strong.

To sum it up, both of these cold coffee drinks are perfect in their own way and a great alternative to hot coffee, especially in the summer. The differences lie in the brewing process. Cold brew offers more health benefits, but it is a much more involved process and will cost a little more money.

​​Iced coffee is a lot easier to make and more affordable, and it does the job when you need a pick-me-up on a hot day. If you want to try something extra special, go for a Nitro cold brew. There are many ways to enjoy a cold coffee drink. Find the one that best suits you.

Does iced coffee have more caffeine than cold brew?

Typically, a cold brew will have more caffeine than iced coffee. This is because cold brew is often made with a higher coffee-to-water ratio, leading to a more intense, caffeinated brew.

Why is cold brew more expensive than iced coffee?

Cold brew tends to be pricier than iced coffee because of the labor required to make it. Making cold brew is a long, time-intensive process. It also requires more coffee beans to make than iced coffee, contributing to a higher price point.

Can I make cold brew with espresso beans?

Yes, you can use espresso beans to create cold brew! You just follow the same process you would when making cold brew with coffee beans. 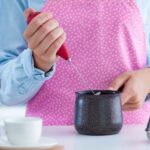 How to Use a Milk Frother: It’s Super Simple! 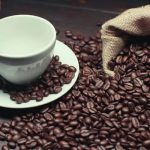 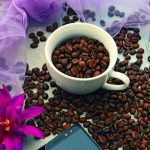 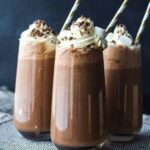 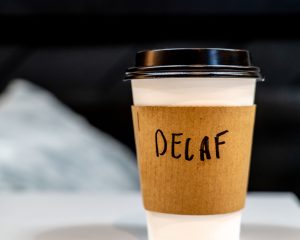 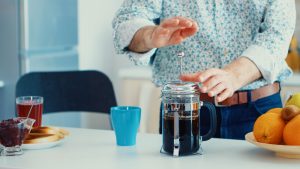 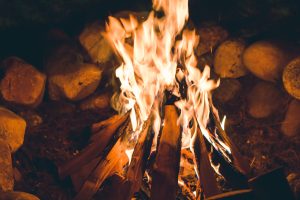