General Tso vs Sesame Chicken: They Aren’t the Same!

Takeout place mess up your order again? It’s no big deal, and many people just assume they taste the same as lots of Asian-American dishes have similar flavor profiles. But there is a difference in General Tso vs sesame chicken dishes and this article will dive into what sets them apart.

So, if you want to get to know some of the world’s most popular Chinese dishes better, this article is for you. Who knows, maybe you’ll be tempted to start making them at home yourself!

The Basics of American-Chinese Dishes

The reason for the sesame chicken vs General Tso debate in the first place is due to the fundamentals of many Americanized Chinese dishes.

The items found at restaurants are all made in a similar way. In the case of chicken dishes, the pieces are marinated, dipped in batter, deep-fried, and then finished in a sauce.

The different flavors come from the varying ingredients and combinations found in the marinades and sauces. Some sauces are spicy, others are sweet, some walk a thin line between the two. But at the end of the day, this formula is how you can make things like sesame, Hunan, orange, Szechuan, and General Tso’s chicken.

Now that we’re clear on that, let’s discover the difference between General Tso and sesame chicken!

General Tso vs Sesame Chicken: What Sets Them Apart?

The simplest answer to this is how they taste. The two dishes look similar but are eaten differently, and have different primary flavors and seasoning.

What is General Tso’s chicken? This dish originated in Hunan and was named after a Chinese general and statesman Zuo Zongtang (Tso). However, it has many other names like General Tao’s chicken, General Gao chicken, and even General Mao chicken.

This dish is made by marinating bite-sized chicken thigh pieces in Shaoxing wine, water, salt, and white pepper. They are then tossed in a mix of flour and cornstarch before being deep-fried.

However, the key flavors come from the aromatics: lots of dried red chili peppers, garlic, and scallions. Because of this, General Tso’s chicken is sweet and spicy.

The sauce is thickened with a cornstarch slurry which makes it thick and glossy. Some recipes add a bit of ketchup and Shaoxing wine for an intense red sauce and added sweetness. The fried chicken is tossed in the sauce with vegetables like carrots, broccoli, and bell peppers.

The dish is generally served with rice or lo Mein noodles. How many carbs are in General Tso chicken? A hundred-gram serving usually just has 24g of carbs.

However, this isn’t exactly the healthiest dish because of the high sodium and sugar content. How many calories are in General Tso chicken? A serving contains 295 calories, even more, when consumed with rice or noodles.

To make a somewhat healthy General Tso chicken, stick to light soy sauce and replace the sugar with honey, even reducing the total amount. You can also use chicken breast instead of thighs and load up on veggies.

As the name would suggest, this dish goes hard on the sesame flavor. It isn’t an authentic Chinese dish but has been popularized by Asian American restaurants.

Sesame chicken isn’t usually marinaded, although some recipes do call for a brief soak in sesame oil and soy sauce. In most cases, bite-sized chunks of chicken breast are dredged in flour and cornstarch seasoned with salt and black pepper. They are then dipped into an egg bath before being dredged again and deep-fried till crispy.

The sauce is what makes it special. Soy sauce, brown sugar, garlic, honey, and Chinese rice vinegar give it a sweet flavor. Because of the honey and brown sugar, the sauce thickens on its own without any added corn starch.

The chicken is tossed in this sauce until coated. The sauce is finished off with a little sesame oil which makes it look rich and glossy and adds the sesame flavor. After the chicken is taken off the heat, sesame seeds are sprinkled on top to intensify the sesame notes and add a pleasant crunch to the dish.

Sesame chicken is often served with rice, but it also works as finger food or appetizer. Sometimes steamed broccoli is served on the side.

It’s no surprise that there are plenty of calories in sesame chicken. An average serving at a restaurant has around 790 calories. There aren’t too many carbs in sesame chicken, but the recipe has loads of sugar. Because of this, sesame chicken’s nutrition profile isn’t that healthy.

What about Other Chinese Chicken Dishes?

So, there you have it. General Tso’s chicken has a sweet-hot flavor, while sesame chicken is much sweeter with umami notes.

But there are lots of other chicken dishes out there, so let’s look at a few of them.

Many people are confused between Hunan chicken vs General Tso because they are both spicy dishes. However, Hunan chicken uses chili bean paste, chili flakes, and oyster sauce which gives it a dry heat flavor. It also has notes of tanginess instead of sweetness.

Empress chicken and General Tso are both pretty different dishes because empress chicken is usually made with a whole chicken. The sauce is made with lots of fresh chili peppers, soy sauce, garlic and ginger, and green onions. This makes for a very spicy, savory sauce without the sweetness of General Tso chicken.

This one is pretty obvious. The sauce for this chicken is sweet, tangy, and citrusy. This is because the sauce features orange juice and sometimes even thinly sliced orange peel. It also contains soy sauce, vinegar, chili flakes, and lots of sugar, and is a much lighter color than the dishes mentioned above.

Below you will find answers to questions people have about Chinese American dishes.

General Tso’s chicken is sweet and spicy with umami notes from the soy sauce.

This dish is sweet and flavored with both sesame seeds and sesame oil. Notes of soy sauce and garlic are also noticeable, which makes it a decadent meal.

Because it contains lots of honey and brown sugar, sesame chicken tastes quite sweet.

This dish contains loads of Szechuan chili peppers or Szechuan sauce, black pepper, ginger, and garlic so there is a lot of heat and spice.

Due to all the sugar, sesame chicken is pretty unhealthy and calorie-dense.

Hunan chicken is quite spicier than General Tso chicken because it contains a lot of chili bean paste and dry red chilis. Moreover, it isn’t sweetened with lots of sugar so it is a very hot dish.

Well, now you know the differences between General Tso vs. sesame chicken. If you are in a mood for something sweeter, sesame chicken is a better option. But if you prefer spicier food, go for General Tso’s chicken. Either way, both these dishes will scratch that itch when you get the cravings for Asian food! 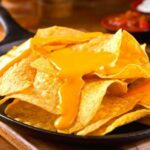 Can You Freeze Nacho Cheese? (And How You Can Do It Right) 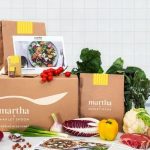 Martha and Marley Spoon Review: Get the Best of Martha at Home!

Does Blending Destroy Nutrients and Fibers? 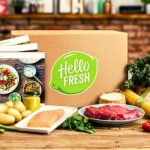 HelloFresh Review: Why is It America’s Most Popular Meal Kit? 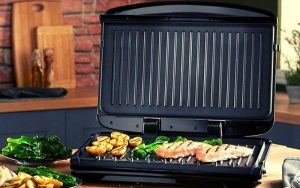 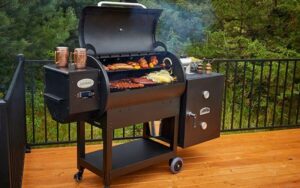