Can You Freeze Gravy? Gravy Freeze Methods And Tips

Find out can you freeze gravy, how to freeze gravy, if you can freeze white gravy, and all about freezing, thawing, and reheating the right type of gravy.

Can gravy be frozen is a question that many people ask, especially after Thanksgiving, Christmas, and New Year’s Day when you serve gravy with turkey or other poultry dishes or with a casserole. Along with the information about how long does turkey last in the fridge, you need to know how to freeze gravy. That’s because if you’re over-enthusiastic like me, you’re likely to have a lot of gravy and not know what to do with it.

So, in this post, I’m going to share all about prepping the gravy for freezing, how to freeze it, how to thaw and reheat it, and tips to use leftover gravy.

A gravy is a thickened sauce with a rich flavor that is mostly made from the liquids and pan drippings left over after cooking meat. However, almost any sauce can be called gravy. To make gravy, excess grease is removed and the remaining juice is thickened, most commonly by adding flour or corn starch and stirring until smooth.

There are three types of gravy and if you know what goes into each, you would be better prepared about what to do with leftovers – which gravy needs to be refrigerated or frozen, or consumed immediately.

Brown gravy is typically made with flour or cornstarch and includes turkey, chicken, pork, beef gravy, and mushroom sauce.

A milk- or cream-based, flour-based white gravy similar to cream that is frequently put on top of a chicken fried steak. It’s not the best type to freeze and you will soon find out why.

Tomato sauce or tomato gravy is what we use for pouring on pasta, spreading on a pizza base, or in between lasagna sheets. You can make tomato gravy at home or buy from the store or order online.

Why Should You Freeze Gravy?

There are a few benefits of freezing gravy as it’s a multipurpose sauce that can be paired with meat, fish, and vegetable dishes to lend a warm, savory taste to any bland dish. Now you may be thinking does gravy go bad if left out? Well, yes, leaving it out for more than two hours at room temperature is inviting bacteria to grow in it.  So, does gravy need to be refrigerated? Yes! Let’s look at the benefits of freezing gravy.

You have spent a long time collecting the meat drips, making a flour slurry, and whisking it into the drippings to make a thick, delicious sauce. That needed a lot of elbow grease. You can’t just throw away all the leftover gravy, can you? That’s why it pays off to freeze gravy to prevent waste.

Refrigerating leftover gravy only lasts so long – a maximum of 3 to 4 days for flour-based gravy and 2 days if it contains cream. If you can freeze gravy, you are extending its shelf life and use it later.

If you buy gravy in bulk from the store, you are likely to get a discount. But you can’t use all that gravy up at once. Therefore, you can freeze gravy and save money in the long run.

When you are cooking a large batch on Thanksgiving or Christmas, frozen gravy can come to your rescue by saving time so that you don’t need to make fresh gravy. Instead, you can utilize the time saved to do other chores. Furthermore, if your family loves to eat leftover gravy often, there’s no need to make it from scratch as you can defrost and reheat it.

Can You Freeze Gravy?

The short answer to can you freeze gravy is yes. But it depends on the base of the gravy as to how long you can keep it in the fridge or freezer. That’s because gravy is an emulsion, which is a stable suspension of fat particles in a liquid. The fat is typically provided by butter or animal fat. Due to the emulsified structure, you may spot some changes in the gravy texture because the various components of the sauce respond differently to freezing and thawing. This could result in the separation of the various ingredients and a decrease in consistency.

This is the main reason that the question can you freeze cream gravy requires some explanation. When dairy is frozen, the water content becomes ice. And when you thaw a cream gravy, the ice particles melt and the gravy becomes watery. This causes the cream based gravy to lose both its texture and taste. So, can you freeze milk gravy? Yes, you can but it won’t retain its original texture and taste. Also, it won’t last long.

Can you freeze gravy made with flour? Absolutely! It won’t lose its taste, texture, or flavor. The same goes for any meat-based gravy as it will retain its original flavor and taste after being frozen.

How To Prep Gravy For Freezing

When freezing gravy, the sauce must be prepared. Since this is a dipping sauce, it makes sense that most guests will either pour the sauce over their food or dip it straight into a gravy bowl. Serving dishes are the ideal vessel for the sauce. The leftovers must only be handled with a serving spoon or ladle. This will stop bacterial development and contamination.

Whether you are freezing homemade or store-bought gravy, the sauce must always be boiled for 3 minutes before freezing. By doing this, the microorganisms that may otherwise reduce the gravy’s shelf life will be eliminated.

How Can I Freeze Gravy?

Can you freeze gravy correctly for maximum quality? Sure! Freezing gravy properly ensures both food safety and preservation of the velvety texture and rich flavor. You can freeze gravy in two ways – portions or in ice cube trays.

If freezing in portions, use a small airtight container or freezer bags so that you can defrost the gravy in small batches – only as much as you need in a recipe. However, freezing gravy in ice cube trays has its own benefits. It’s a concentrated format that you can dilute as you wish. It’s easier to measure out gravy using these frozen stock cubes to add to a sauce base.

Step By Step Directions To Freeze Gravy In Portions

Step 1: Let the gravy come down to room temperature.

Step 2: Get a clean airtight container or freezer bags to store the gravy.

Step 3: Label the bag or airtight container with the content name and date of freezing.

Step 4: Portion the cooled gravy into the freezer bag or plastic container and close the bag or the lid properly to prevent freezer burn.

Step 5: Put the container or the bag in the freezer. If using freezer bags, make sure the bags are placed upright to avoid spills inside the freezer.

Step 2: Pour the gravy into each ice tray cube, leaving some space at the top to allow the gravy to expand when it freezes.

Step 3: Put the ice cubes on a baking sheet and place them flat in the freezer.

Step 4: When frozen, pop out the gravy cubes and transfer them to a freezer bag.

Step 5: Label the freezer bag and put the gravy ice cubes back in the freezer.

How To Defrost And Reheat Gravy

To retain the best texture and flavor, it’s important to know how to defrost gravy and reheat it the right way. To defrost, simply remove it from the freezer, put the bag or container in a bowl, and in the refrigerator overnight or 24 hours before you plan to use it.

Pro Tip: Avoid leaving out the gravy from the freezer at the counter as it could lead to bacterial growth.

There are two ways you can thaw frozen gravy – either on the stovetop or in the microwave. To reheat on the stovetop, pour the sauce into a pan and simmer on low flame for two to three minutes, stirring constantly.

Pro Tip: You can add a thickening agent like cornstarch dissolved in water if the sauce is on the watery side.

Can You Freeze And Reheat Gravy?

Yes, you can freeze and reheat gravy as long as you follow the instructions mentioned above.

Can You Freeze Gravy Bisto?

It’s not recommended to freeze Bisto gravy as these instant granules can be turned into gravy at any time.

How Long Does Homemade Gravy Last In The Freezer?

Homemade gravy lasts in the freezer for up to 4 months if all the steps are followed properly.

Can You Freeze Gravy Made With Milk?

Yes, you can freeze cream or milk based gravy but it will lose its original texture and taste and will not last in the freezer beyond a week.

PrevPrevious6 Main Sushi Types You Should Know Before Going To A Sushi Restaurant
NextChirashi Sushi: History, Types, And Recipes Of This Traditional Japanese FoodNext 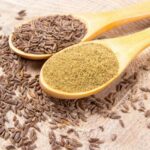 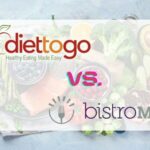 Diet to Go vs Bistro MD: Which Meal Delivery Plan Should You Choose? 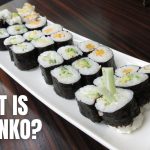 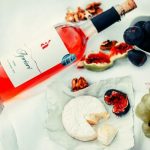 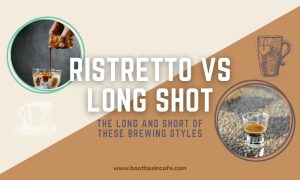 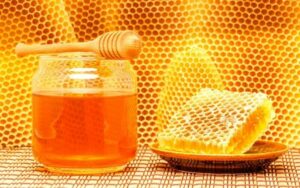 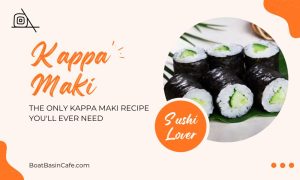